Season 7@50. Mid- way through this episode (and hence mid- way through the story) there’s one of those conferences that Seventies Doctor Who excelled in. It serves several purposes; firstly to get across some story points in as interesting a way as possible, secondly to state everyone’s position and thirdly to give the actors some juicy officialdom to get their teeth round. In the room each person represents their profession whether a soldier, a bureaucrat, a boss or a scientist. If I were awarding points I’d say Peter Miles comes out on top here; his slowly seething Doctor Lawrence is a study in repressed anger. You can just tell he wants to literally lamp the Brigadier! 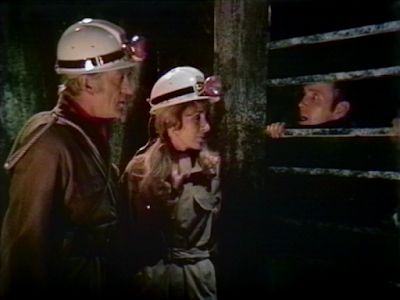 The discussion also introduces the Permanent under- secretary Masters played as only he can with the smooth charm of Geoffrey Palmer. In an episode about detail his willingness to help old pal Lawrence withers in less than five minutes once the Doctor and then Miss Dawson confirm the existence of the cave monsters.  The scene also reminds me that this sort of thing often happens on the move in a lot of modern tv drama.


Lots of crucial info is dumped in the episode though it also assumes things we’ve not directly been told. Suddenly everyone is referring to the lizards as `Silurians` presumably because of Quinn’s scribbles? The Doctor produces a map he tells Liz he found in Quinn’s office but she was there wasn’t she? The Brigadier never questions the Doctor when he learns of Quinn’s death from Miss Dawson even though not long before the Doctor told him he’d visited Quinn but neglected to mention his death. Minor quibbles though and in theory most wouldn’t be noticed by a viewer and could have been resolved in conversations we never see. 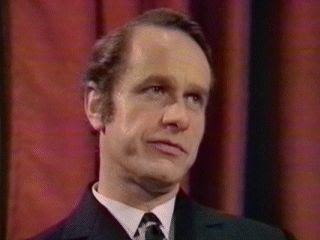 One thing the story starts a tradition for is the role of the Doctor as a negotiator. While other eras of the series both before and since may have had him talking a particular character round it is the third Doctor who takes a more ambitious tack seeking to act as a third party neutral. Its interesting that while people like Masters are prepared to soon accept the idea of walking talking lizards their response is to attack first. The slightly amusing aspect of all this is that the Doctor goes about his diplomacy in a very undiplomatic manner!


The first speaking Silurian appears without fanfare and the voices are rather excellent matched by the costumed actors sort of wiggling their head and waving their claws. This is the episode where we are encouraged to see them as characters rather than monsters and there is already a tension between Old Silurian and Young Silurian. It would have been better to have given them names like they did in the Target adaptation. These differences are an attempt to mirror the alternative perspectives of the humans we’ve seen in conference earlier.


Malcolm Hulke clearly worked hard at giving every character some believability. There are sundry touches in this episode to demonstrate that; the mention of a long friendship between Lawrence and Masters, Major Baker’s disgust at the Doctor’s apparent help to the reptiles, Miss Dawson’s shocked conclusion as to what should be done. There is also a great cameo role for Ian Talbot as Travis, who steps in for the errant Quinn. Travis turns out to be one step ahead of Doctor Lawrence in a superbly judged scene between the two. He’s clearly after promotion! There’s no need for such amusing detail but Hulke inserts it because it just adds more to the already rich contents of the episode.

Visually and aurally the episode scores just as high. Carey Blyton’s distinctive score continues to add much – those downbeat notes at the start when the Doctor finds Quinn’s body seem particularly appropriate. Its almost like the incidental music is sorry for the Doctor. The passages of the Silurians’ subterranean pad are subtly designed for maximum atmosphere and I like the fact that unlike many species the Silurians don’t have guards standing uselessly by doorways! Instead they get on with their jobs.
Musical Notes


Carey Blyton’s score has come in for some criticism over the years which puzzles me because it is distinctive and stands out from the similarly arranged incidental music of many other Seventies stories. His website careyblyton.com details the medieval and Renaissance instruments he used for the story. I think it perfectly suits the story and I always wanted 70s Doctor Who to have a more varied musical track.


The story’s music is the first of three Carey Blyton scores to grace the programme though because the archetypal Dudley Simson template had yet to become familiar it didn’t seem as uncharacteristic in 1970 as it does nowadays. Blyton brought an earthier soundscape to the programme with more abrasive sounds than his better known incidental music colleague. Interestingly he often chooses instruments that give a medieval sound perhaps to counterpoint the programme’s futuristic strands or maybe just because they sound different. These unusual cadences do house surprisingly memorable little tunes during `The Silurians`. Every fan remembers them.


For the story he principally utilises clarinet, piano, horn and cello though for the reptiles themselves he brings into play the obscure krumhorn (for the Silurians’ theme) as well as the glockenspiel. This adds much to the Silurians appearance. It is easily one of the most memorable themes of the programme’s 70s output.  Carey Blyton himself must have been proud of them as in 1993 he incorporated some of the music from this serial into a three part concert piece entitled `Silurian Suite`. Incidentally he was also Enid Blyton's nephew. 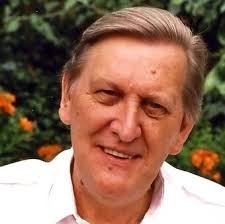