Season 7@ 50. The speed at which episode 1 played out hardly slows for the second part. This episode is a particular example of clear scripting that avoids too many scenes of people talking about what they will do instead cutting straight to us seeing them doing it. Any potential gaps are covered by lines of dialogue after the fact. For example there is no scene where people find out the Doctor has gone down to the caves, instead we cut straight to the plans to find him.  I also like the fact that, as everyone is panicking and arranging rescues, the missing Doctor strolls in and asks if he can come too! Having recently watched `Spearhead from Space` episodically week by week it strikes me that so far the pace of `The Silurians` is much quicker, the script far tighter. 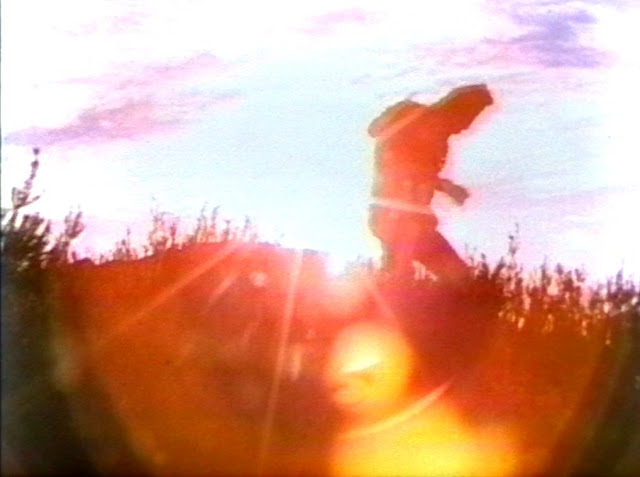 One of the signature moves of 70s Doctor Who was the slow reveal of the monsters even in stories in which you sort of knew what they would look like. This story really builds them up having shown us the wall drawings in part 1 we first see a Silurian in shadow underground, followed by a marvellous moment when the wounded Silurian emerges into daylight. This odd shape silhouetted against the low Sun is a wonderful image, the perfect realisation of the famous phrase about the Yeti in Tooting Bec. Much of the above ground scenes involving the Silurian are seen from the creature’s point of view using a partially tinted, curved camera lens together with a soundtrack of heavy animal breathing. This must have been unsettling for younger viewers at the time and successfully conveys the strength of the creature. The build -up continues with the debut of some of Carey Blyton’s off the wall themes for the reptiles and with Quinn’s subterranean visit wherein he talks to a voice rather than an actual Silurian. 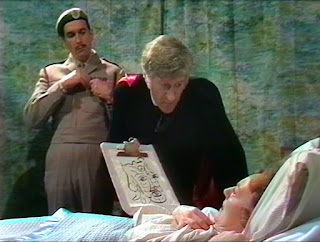 Timothy Coombe is in full horror directing mode with some quite brutal though not gratuitous moments which emphasis this is essentially a dangerous wounded animal which we are following. The story’s generous episode length allows the luxury of being able to show the creature making its way across the farmyard in the dark before falling into hay. Watching this I realised how comparatively little outdoor night time filming the series has ever had. This aspect combined with the pov view and because it’s a farm rather than a city gives this a timeless feel. I doubt if it could be bettered even now. The fact the farmer is killed the following morning and his wife is in deep shock makes for a powerful sequence. The latter is only a small role but Nancie Jackson really inhabits it and I found her traumatic state rather unsettling.  I’m really enjoying Fulton Mackay’s performance in this story which is measured and convincing with a sense of wonder about the things the Silurians have already shown him.


The multiple cave visits by both Doctors means we see plenty more of what is an impressively large set. Close up the rocks look slightly too shiny but clever sound effects and suitably deployed lighting means we rarely notice. Care is also taken to dress everyone up in proper caving gear, even the Doctor. Considering later on he will stride into situations dressed as normal (for example in `Seeds of Doom` he doesn’t even bother with a coat at the North Pole!) it is noticeable how he fully conforms here.


Liz Shaw remains a difficult character to utilise particularly in this environment. Surrounded by other scientists and experts she would benefit from being less like them- imagine how Jo Grant would fare in this story asking simple questions- and its easy to see the ultimate problems in having this sort of character. Caroline John makes the best of things, her slightly sarcastic response to matters does help establish what has otherwise been an un-rewarding role so far. Nicholas Courtney on the other hand has another strong episode. This earlier version of the Brigadier is much more pro-active and clever than the somewhat constrained version he later became.


All told, a cracking episode - something you’ve seen many times before should not be this enjoyable!!