One of the most iconic, divisive stories in the Doctor Who canon, `The Deadly Assassin` comes loaded with baggage. With no companion and set entirely on Gallifrey it broke the narrative mould, especially the surreal episode 3, while certain scenes caused such strong controversy that the future direction of the series was affected. Fans at the time pilloried it for supposedly ruining the Time Lord mystique if not the wider mystery of the central character. Yet this is not the whole picture. The story most resembles one of the BBC’s classic period dramas housing a gaggle of verbose eccentrics dressed in colourful finery, steeped in procedure and tradition. They shuffle through the rituals as they always have and the Panopticon even has a church organ plus a wonderfully applied echo to emphasise its cathedral like status. If Spandrell had to catch a coach and horses to go see Engin it wouldn’t look out of place! Doctor Who of this era was always theatrical and populated by larger than life characters but `The Deadly Assassin` is the chance to do this on the Doctor’s home world. It may present a futuristic exterior but this is Victorian political melodrama of the most enjoyable kind. 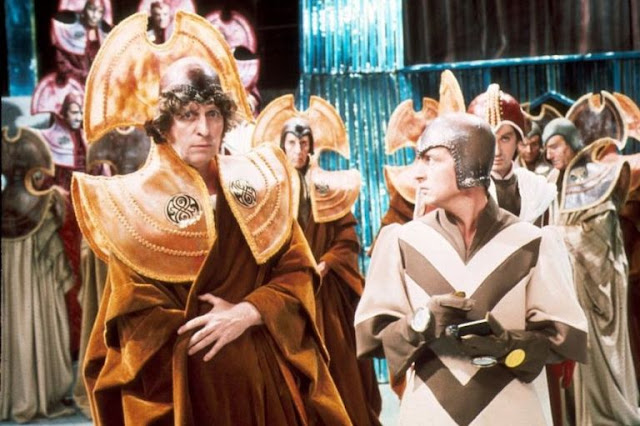