The Decline of Doctor Who Fanzines 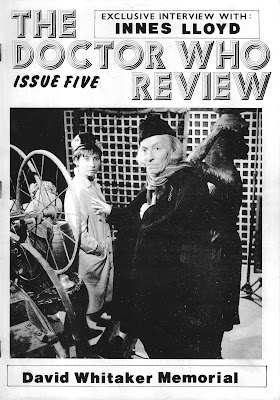 Once upon a time, there were loads of Doctor Who fanzines and even when the Internet arrived they thrived for a while because they tended to go into more depth than was generally acceptable on websites or blogs. Yet now the generational shift means that younger fans don’t really know paper fanzines because they are growing up with the brevity and instant opinion that current social media, blogs and forums tend to suit. Why bother constructing an elaborate argument when you can Tweet your opinion in a handful of words and an emoji to a greater audience than most fanzines ever achieved?


The word `fanzine` is a simply an amalgam of `fan magazine` and was first coined as far back as 1940 by someone called Russ Chauvenet. Prior to this amateur magazines were called fanmags or letterzines and the earliest recorded example is believed to be `The Comet`, a science fiction zine that appeared in 1930 in Chicago. The first Doctor Who fanzine was probably `Tardis` edited by Andrew Johnson from the mid -1970s though the BBC recognised Doctor Who Fan Club did have a monthly newsletter which might be considered a fanzine of sorts. The boom really began with the formation of the Doctor Who Appreciation Society (or DWAS) in 1976. This itself was partly brought together by `Tardis` readers and contributors as it became the Society fanzine.