When people list the great Doctor Who producers and showrunners, Derrick Sherwin is often overlooked because his period as producer was brief involving just two stories. However they were hugely significant stories and his influence on the programme was considerable. He cast both Jon Pertwee and Caroline John, created UNIT and has also been credited with creating the Time Lords. He rejigged the series to an Earthbound setting and also oversaw the programme’s move from being shown in black and white to colour. Provocative, outspoken and passionate he sounds like a difficult person to work with but his influence on Doctor Who looms large to this day. 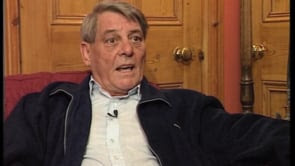 It’s testament to the effectiveness of the story’s conclusion that all this time later following multiple returns to the series for the character, Sarah’s departure remains one of the original series’ rare emotional moments. It’s presented in a very English manner, all repressed and buttoned up as neither the Doctor nor Sarah says what they really want to say. The genius of the scene though is that Sarah has only just been having a bit of a strop and if nothing else had happened would undoubtedly have been talked into one more journey and another and… Instead the Doctor gets a call and realises he can’t take her to Gallifrey. It adds weight to the feelings of both because for sure the Doctor wants her to stay. Incidentally when Sarah does meet the Doctor again in `School Reunion` her reaction is so in tune with this farewell scene.  The end of part 4 is such a good sequence, especially from both actors, that it can lead you to think the whole story has been as subtle which despite some strong elements it hasn’t. 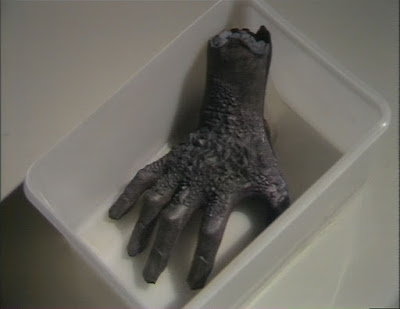