Issue 5: The cover heralds the start of a new series called The Doctor’s Diary and inside another new feature called Debate Corner aims to iron out inconsistencies in the series. However it is printing problems that catch the eye when you turn the page as parts of this issue are barely readable due to fading print and large foggy splodges of something or other across them. It’s a shame for Geraldine Landen whose debut issue as editor this is. The first Debate Corner is actually only half a page and runs with a theory that the Meddling Monk is The Master even though no episode ever suggested he was! Secondly it asks how come `Evil of the Daleks` was not “the final end” of the metal meanies as the Doctor suggested it was. The trouble with this sort of thing is that fans are aware of both the fictional and factual background of stories so while speculation can be fun the real answer to such a conundrum is that different production teams had different ideas. Talking of fannish speculation there’s a particularly teeth clenching piece of fiction in this issue that lays out an alternative history of the Doctor and it’s not clear if this is a spoof or not but it is best flicked past. 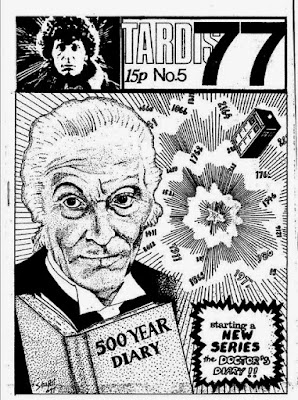 Some Doctor Who things that are also real things


Doctor Who- Weather control device in `The Moonbase` (1966)


Real life- An amusement ride that first appeared in the US in 1983. Brandon Flowers memorably referenced it in his 2015 song `Lonely Town` when he sang about “Spinning like a Gravitron”. At least we don’t think he was talking about the weather machine.


Doctor Who- Grumpy, squishy faced aliens from `The Android Invasion` (1976)


Real Life - A traditional African village of huts, typically enclosed by a fence. I don’t think Styggron would like to live there. Mind you he doesn’t like most things.
Read more »
Posted by John Connors at 16:23 No comments:

The fourth issue heralds news of Robert Holmes’ replacement in the form of Anthony Read as well as more information about the DWAS’ forthcoming first ever convention. We also find out that the new editor of the zine will be Geraldine Landen. The season poll results are in and in the introduction it is commented that members did find it harder to vote for than the previous year. I wonder how people today would rate these stories especially people who voted in this poll 41 years ago. The results are interspersed with dramatized scenes from the top four stories penned by Andrew Smith. Is this the same Andrew Smith who would write `Full Circle` three years later? 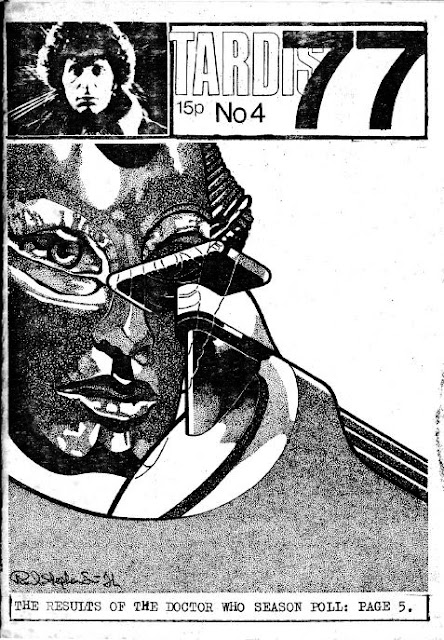