Doctor Who and the Pescatons


Released in 1976, at the very apex of the show's popularity, 'Doctor Who And The Pescatons' was a cracking gift to fans It only takes one listen to realise that this is a tremendously vibrant and well produced adventure. I mean, you get Tom and Lis (at the time when he was still the Doctor and she'd only just left), you get Bill Mitchell (the 70's ubiquitous advertising voice), Victor Pemberton is at the typewriter (it's a pity he never got to write more on screen scripts for the show) and when the Pescatons roar, if you turn your volume up it's like the most terrifying sound in the world. 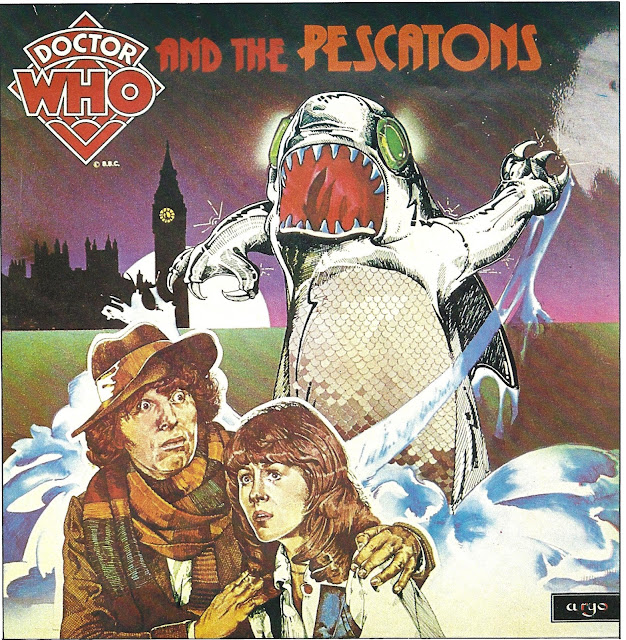 
Victor Pemberton’s contributions to the series may have been relatively brief but they were certainly significant. He is credited with inventing the sonic screwdriver (though would always generously defer that credit to the designer) and wrote `Fury from the Deep` which remains, along with `Marco Polo`,  the holy grail of missing stories, the `Tomb of the Cybermen` of today its reputation unsullied by endless forensic reviews, its presence only defined by a handful of clips. As for the sonic it’s survived fairly well! He also appeared in the show as an actor and wrote the `Pescatons` record one of the best audio adventures the Doctor has ever had. He was also, as many convention attendees will attest interesting and friendly to all. 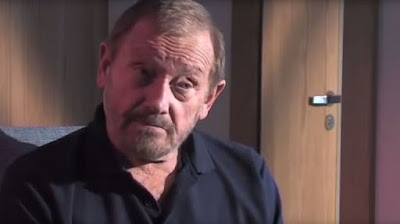 He first worked on Doctor Who fifty years ago in a script editing capacity before penning `Fury from the Deep` which was said to be partly based on the radio serial The Slide. One of the missing stories people would most like to see in full the extant material consists of clips of especially horrific content snipped by censors. These moments have only heightened expectations not least the scary Messrs Oak and Quill. The sonic screwdriver made its first appearance in this story. In 1976 he wrote `Doctor Who and the Pescatons` which again re-used similar ideas to stunning aural effect.
Outside Doctor Who in the early Seventies he created and wrote all 13 episodes of the 1972 espionage themed series Tightrope. He also wrote 7 episodes each of Timeslip a tale set across several eras of the twentieth century and Ace of Wands about a mysterious magician. Later series he contributed to include The Adventures of Black Beauty and Within These Walls. He also wrote acclaimed radio dramas including The Slide and Our Family as well as a large number of novels – Goodreads currently has 32 listed. Additionally he worked as a producer notably on Fraggle Rock and several documentaries. In interviews, he was always honest on his views on the series even if they were critical –he wasn’t overly fond of the modern series- and it’s a shame he didn’t write more stories in the late 60s or early 70s.

Posted by John Connors at 14:43 No comments:

Email ThisBlogThis!Share to TwitterShare to FacebookShare to Pinterest
Labels: Doctor Who and the Pescatons, Doctor Who Victor Pemberton, Fury from the Deep, Victor Pemberton
Newer Posts Older Posts Home
Subscribe to: Posts (Atom)