Blackpool’s Doctor Who Exhibition had a perfect entrance. Sitting just off the main road but visible from it, a TARDIS exterior even larger than the `real` thing sat enticingly open. Colourful signs on the wall to your left invited the eager fan- who really needed no encouragement - to “Defy the Daleks” while clips from the series wafted through the air like sirens attracting their next victims! Not even the warning metallic command “Humanoids will stand still for identification. The TARDIS is under Dalek control” could deter the eager fan. The only ordinary feature of any of this was a toll booth and the fact that the ticket was a generic one without any souvenir value at all as it doesn’t mention what you’ve paid for. However it did only cost 30p! Still that ticket is soon stuffed into a back pocket as you negotiate a descent into darkness. Quite a daring entrance for a public display- normally the sort of thing you’d expect from a ghost train. This long staircase and the fact that from the top you couldn’t see what was down there but you could hear all sorts of noises gave a sense that you really were descending into another world. 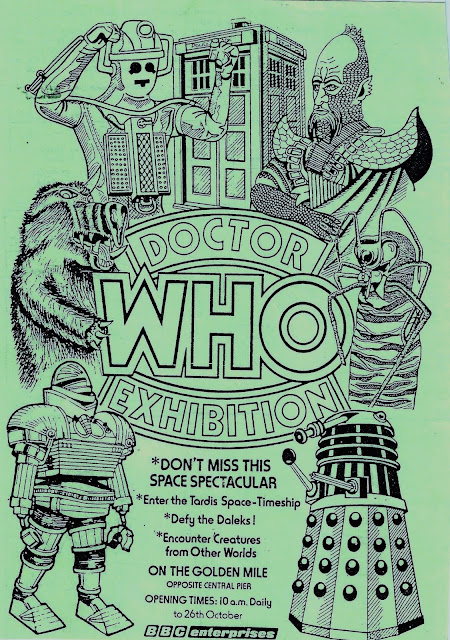 
The Doctor himself never quite got to Blackpool yet hundreds of thousands of his fans certainly did. Sitting incongruously on the resort’s famous Golden Mile, a large blue police box signalled the entrance to the Doctor Who Exhibition which ran from 1974 to 1985. Sounds from the show- we’d call them samples now- drifted along the road as you approached, images lined the adjacent wall. As a build- up it was brilliant. Then there was that big blue box itself; actually larger in dimensions than the `real` thing and because we were kids it looked even larger. Step inside and for a moment the real world intervenes as you have to pay and you get a rather insignificant ticket with no actual mention of what you were attending on it. Then you descend steep steps and now the outside world is truly gone. Instead it is semi dark with music, dialogue extracts and odd noises playing and lying ahead a series of displays, each beautifully staged and lit, stretching ahead along a winding corridor. The centrepiece is a TARDIS console replica around which sit screens through which we see even more detailed displays containing monsters and props. There’s even a shop at the end containing more merchandise than any fan in those days had ever seen. Even when you climbed the steps and found yourself in a large café, the Doctor Who experience lingered courtesy of the echoes from the exhibition which must have driven the staff crazy after several months! 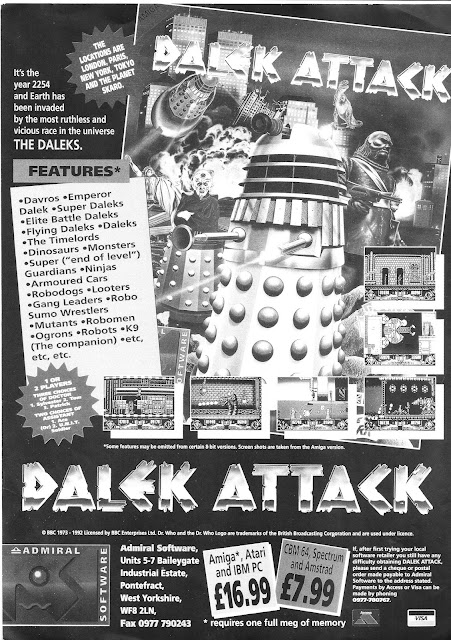