"There were other Doctors?" Tom, when asked his opinion of the other Doctors.
Taking place in the middle of a week in which we, finally, have a Labour government, won the Eurovision Song Contest and it became winter again, Manopticon 5 was going to have to try hard to make an impression; a feat not helped by the tropical temperatures, faster than light speed lifts and unhelpful staff which characterised the hotel. Nevertheless the organisers ensured that this fifth and final Manchester event had a good go at matching up to the May's already memorable happenings. And a lot of it had to do with the man we call Tom. 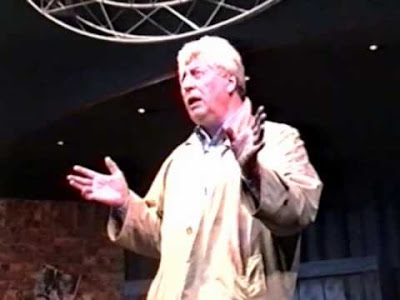 
By the time you're reading this, the telemovie will be out and you'll all know what attendees of Manopticon 4 know now (April 8th) and a lot more besides so it's going to be difficult to convey exactly the significance of the event's happenings for Who fans. I'll therefore cop out by stealing Gary Russell's on stage comments about the significance of certain dates which become landmarks in the Doctor Who calendar. By any standards then, April 7 1996 will figure quite highly in that calendar as the moment when the new production became something more tangible than magazine photos; if I'm getting rather excited then I make no apology. This year has turned from being just another in the wait for a possible new series into a helter skelter of developments and possibilities and touching down amidst some hard, solid facts is even better. You'll shrug and think 'so what' now you've seen the whole thing but it was quite a thrill to encounter the project in what we might call its chrysalis stage. 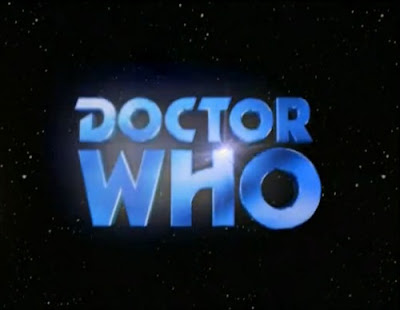 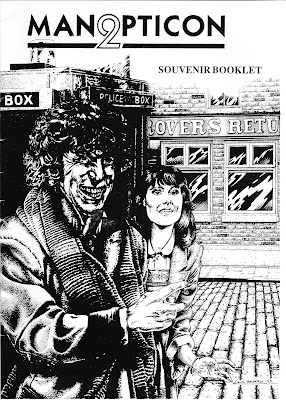 
It was the lifts that did it. Normally it’s the alcohol. This time it was the lifts. O to 60 in about 2 seconds or something equally as bone crunching and the problem was you had to use them to get above the ground floor. Thing was they went so fast it took until about the seventh floor to recover your senses. Manchester has to be different like that. You arrive to find a city centre full of trams. Not those clunky old ones but streamlined modern versions gliding about majestically as you try to work out what direction all the different types of traffic are coming at you from. Then there’s the Piccadilly Hotel itself. 47 quid a night! Are they kidding? Besides the rooms across the road in the Britannia are a mere £30, they’re bigger and it’s got fabulous chandeliers and deep blue stair carpets enigmatically illuminated like some grand club. By comparison the Piccadilly is tacky light browns and greens- faceless and for the price decidedly un- accommodating.

Growing up, we didn’t have what Doctor Who kids have these days where all the existing episodes are relatively easy for them (or their parents) to obtain. Back in the Seventies Doctor Who was actually quite a fleeting thing. Beyond its 25 minute Saturday evening broadcast an episode would rarely be glimpsed again. It might be repeated on a Bank Holiday. A photo might show up in a magazine but basically all you then had was your memory of it and the Target novelisation. There were not even video recorders in general circulation then but one thing that you could do – if you had the equipment- was make an audio recording. Nowadays Big Finish produce new audio adventures but they are made for the medium knowing full well that things will have to be explained verbally for listeners to know what is going on. Audio recording television is another matter altogether.