The Original #2 The Cave of Skulls


In which our newly minted time travellers encounter a Stone Age tribe engaged in a power struggle over who should be the leader setting the tone for all tribes ad infinitum. The line to be balanced with this kind of thing is how the portrayal of cavemen is achieved. There is much potential for over acting here and while occasionally this does happen, on the whole the production manages to achieve a believable take on such an ancient culture. While the tribe speak English they do so with enough linguistic skill to make the dialogue engaging enough. There’s a bit of grunting, usually when someone’s annoyed but only one occasion where things go right over the top. Poor old Za, trying his best to make fire fails in his goal and yells his head off. I suppose this is the Stone Age equivalent of clearing the air. 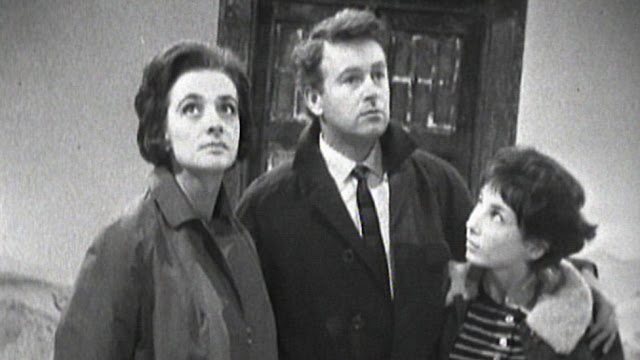 
53 years ago today the first episode of Doctor Who was broadcast and I’m re-watching the first story once a week to see if I can recapture the magic.
It is impossible to imagine just what an impact this episode had on anyone watching it in 1963 but equally impossible to imagine that anybody would not want to watch the next episode. This really is a textbook example of how to set up a new series in any genre. Keep it simple, tease mysteries, focus on a handful of characters and make it visually stunning. `An Unearthly Child` does all this and never puts a foot wrong. Years back I remember older fans who’d seen the original broadcast talking in hushed tones about its magnificence and even though I’ve seen it lots of times I’m now not sure I have ever actually watched it. That is to say allowed its contents to reveal themselves without the accumulated narrative weight of 53 more years of Doctor Who swimming about my head. When you do that there is something compelling about every minute of this. 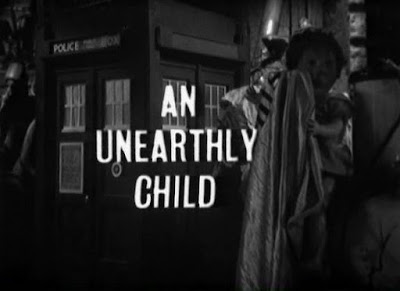 The Power of the Daleks


Matthew Kilburn reviews the newly released animated version of the classic 1966 story which introduced the second Doctor.
BBC Worldwide’s animated The Power of the Daleks is one of the projects one thought would never take place. We’d seen cold water poured on the volcanic flames of an animated parts one and four of The Underwater Menace, and had been assured for years that more than two episodes of a story would never be attempted again. Then, almost without warning, The Power of the Daleks was upon us, and BBC Store was no doubt gratified with many more new customers to strain its servers. As widely trailed, the budget and timescale only allowed for limited powers of expression and motion for the characters and must have entailed difficult choices for a talented team of recreators. 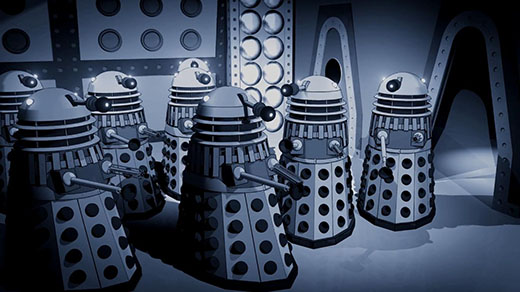 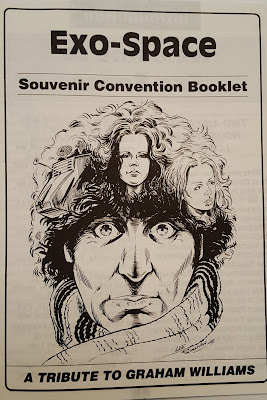 In its own grounds surrounded by lush greenery and weird fern things, the Imperial Hotel is just the perfect place for Exo-Space! The event may not have been the biggest event of the year but in place of hype and hoopla we instead had a fun, intimate and friendly time where one felt like the committee wanted us to be there for reasons other than balancing the books. It fits in neatly with Exeter itself which has a fresh, exuberant high street, the splendour of a cathedral and lots of those tea shops you normally see in small country villages. The Imperial nestles amidst hills and slopes above the main railway station and not too far from the University.

Problems? Exo-Space had them by the cartload. The tragic death of Graham Williams, the late change of venue, the fierce competitiveness of the 1990 convention calendar and even changes of main hall between Saturday and Sunday. Despite the open and relaxed mood the sadness of Graham Williams' death was far from forgotten, especially for those of us who'd met him. I’d had the pleasure of interviewing him some five years ago and found him to be charming, modest and great company in one crowded convention hall that day. He'd been scheduled to headline this event and it was re-organised as a tribute.
Read more »
Posted by John Connors at 15:35 No comments: 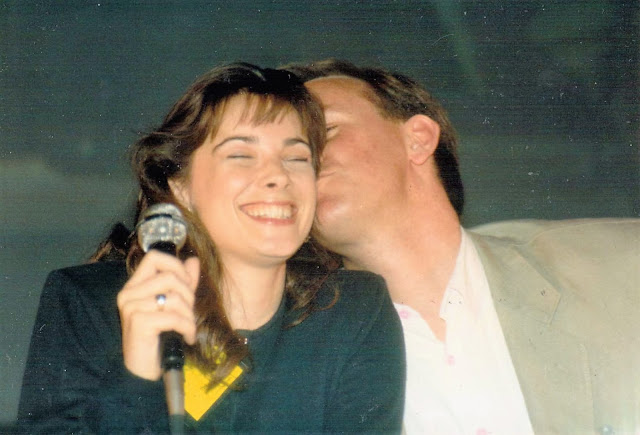