NEW SERIES Apprehensions of national identity and the Doctor
by Matthew Kilburn. Part One.
Lots of Doctor Who commentators seem to agree that the Doctor is somehow quintessentially British. This is inevitable when Doctor Who has been produced over five decades by one of the United Kingdom’s principal binding institutions, the BBC. It’s often assigned to a genre, dramatic science fiction, widely regarded for much of Doctor Who’s history as dominated by the United States. This is the first of three articles which will suggest how Doctor Who’s Britishness is constructed, not only through its production (until 1989) from a base which is not only British but London-English, but through some of the other contextual markers evident or implied in production. Few seem to be agreed on what qualifies the Doctor as a character to be considered British. Indeed, a mark of Britishness is that its qualities are difficult to identify. While all national identities are to some degree constructions consciously assembled by political, business, military or literary figures, or built upon assumptions and identifications particular to one cultural centre and then disseminated across territories as a secondary consideration to commercial or administrative needs, British identity is more self-aware of its artificiality than most. On the one hand, this confers a greater ‘authenticity’ upon the national identities of the component parts of the United Kingdom, but on the other it opens Britishness up to be adopted more readily by incomers. 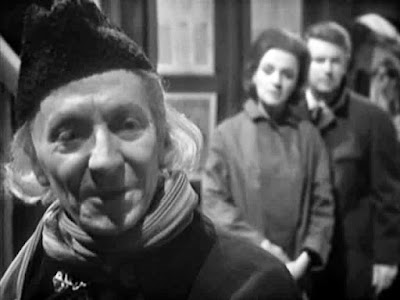 Email ThisBlogThis!Share to TwitterShare to FacebookShare to Pinterest
Labels: Doctor Who Britishness, Englishness of the Doctor, Matthew Kilburn


NEW SERIES! For 21 years from 1981 to 2002 I attended dozens of Doctor Who conventions and events  reviewing many of them at the time for various print fanzines. In this series of posts I’m reproducing some of those reviews which hopefully capture the spirit and flavour of what conventions and also smaller events were like. They remain largely unedited except for anything completely embarrassing! These are very much personal opinions of the events, what I saw and the people I shared them with. We start at the beginning (for me) with PanoptiCon 4 held at Queen Mary College in London in August 1981.

So there we were, in Euston Station at midnight, Andrew Smith, (yes, him), Mark Crowder and myself when this bloke looking about as healthy as Muto stumbles towards us asking for money. There was I, having just spent about fifty quid on Panopticon IV and this guy will sleep on the stone cold floor of the station. Welcome to the real world. You may think your city centre is large but that's peanuts compared to London, as Douglas Adams might say. It is a huge teaming mass of people each to his own. You could be alone and forgotten in a crowded street of milling thousands. You never see London. You see bits of it and fleeting images stick with you, but every time you go back its a whole new place to explore.


This was my first convention and my companions through the labyrinthine corridors of our beloved capital were Mark Crowder, (who luckiIy knew the place fairly well) and Ian Mackenzie, (hot on ideas, but not on how to get there). Still we managed to find our way onto the Tube and finally arrived at the accommodation centre. Our sense of anticipation was soon replaced by boredom was we watched Ian McLachlan bravely try to sort out someone else’s mistakes with the room listings as familiar figures milled about, everyone trying to pretend they had nothing to do with a Doctor Who convention. Over in the pub opposite a small band of people clustered around tables; Martin Wiggins tried telling everyone how good `Savage` was and, failing this, vanished into the raining darkness. Not an auspicious start.