Have you encountered Saturday Night Monsters?


In case you don’t know or have been away on holiday to Skaro, I thought I’d remind you about the book Saturday Night Monsters. This is a compilation of Doctor Who articles, features and reviews by various fan writers and originally published (mostly) in the fanzines Faze and This Way Up and now available in this very reasonably priced volume. The articles date from as far back as 1993 and some are as recent as earlier this year and cover all aspects of the series from the start all the way to 2015’s episodes. To find out more about the book click below or check out the tab above. If you’ve already bought it many thanks for doing so, I hope you like it. 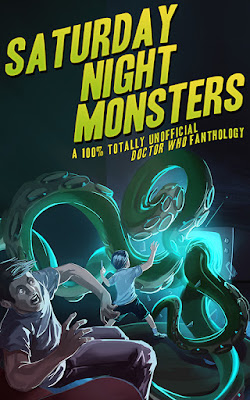 DWAS@40 Moving On Up


In the third and final part of our series on the early days of the Doctor Who Appreciation Society we enter the 1980s and see the Society’s founders leaving while membership grows and the `Fan's Producer` takes over the series. Also check out the DWAS@40 Gallery with lots of photos from DWAS events and publications between 1976-82. 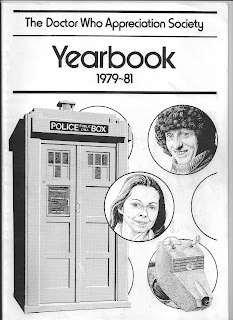 By 1980 the DWAS had become established with over 1,000 members and an impressive history of publications and events. This success was not without considerable hard work and what remained of the original team were to move on during the year, not always in pleasant circumstances. One major problem facing the society as the 80s dawned was financial. Rumours swirled that the DWAS was in deep financial straits, that it had overspent its budget and might not be able to afford to print its zines. It was also alleged that £1,000 had been spent on a colour cover for Tardis'. DWAS President Jan Vincent Rudzki had also become the subject of allegations that he had taken items and information from the production office, something that was untrue but which threatened to affect his employment at the Corporation. The BBC had become suspicious of known Doctor Who fans working there  and it was this potential conflict of interest which finally led Vincent- Rudzki to decide to resign which he announced in May 1980, four years after the Society had started.
Read more »
Posted by John Connors at 14:34 2 comments: