In part 2 of our look at the early days of the Doctor Who Appreciation Society we find that success brings both triumphs and problems. Also see the DWAS@40 Early Years Gallery page above. 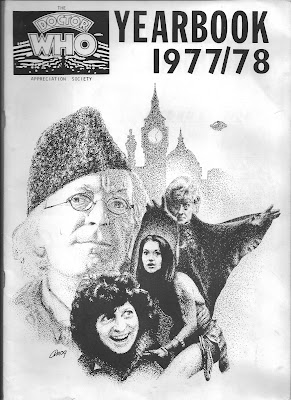 After the success of their first convention and with membership rising, the exec decided to effectively relaunch the DWAS for 1978. In October 1977 members were invited to re-join. From the start of 1978 `Celestial Toyroom` split from `Tardis` to become a monthly newsletter with the latter focussing on features, articles and interviews.


`Tardis` really flew in 1978 and included two important articles. One by Jan Vincent Rudzki asked what had happened to the magic of Doctor Who. It may seem incredulous in the light of the creative mess the show would later stray into that such things were being stated but they were. The article cited that the `magic` started to fade during Jon Pertwee’s tenure and accelerated once Tom Baker’s “less compassionate” Doctor arrived. “Perhaps what is missing most of all is any warmth in the stories,” Rudzki wrote. In some ways he might have seemed out of step with the members as he singled out `Invasion of Time and its depiction of the TARDIS for particular criticism in the same issue the story was revealed as being the winner of that season’s members poll!
Read more »
Posted by John Connors at 14:23 1 comment:

Next month the Doctor Who Appreciation Society will turn 40. In the first of three posts looking at the Society's early days we discover how a college fan society went national. See also the DWAS@40 Gallery page above. 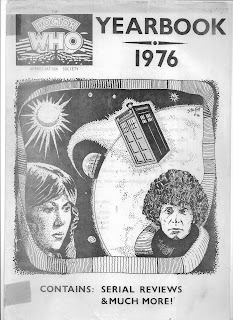 In 2016 the idea of a Doctor Who Appreciation Society sounds out of time. With social media, blogs, websites and other online resources as well as easy access to all existing old episodes there is really no need for a formal organisation to link Who fans with each other across the country. However forty years ago things were very different.  It was fanzines that were able to link people but they were published irregularly and due to the costs of production came and went. There had been Doctor Who fan clubs in the past and there was still nominally an official DWFC then but these clubs acted as providers only. They stood or fell on the enthusiasm of one or two activists. They would send newsletters and photos out but that was all. The mid Seventies was the perfect time for something like the DWAS to ferment as the show was becoming more sophisticated just as a tranche of its biggest fans grew up. Whereas they might have been expected to abandon something like Doctor Who after leaving school the quality and popularity of the 1970s series meant many did not. At University level a more active, social approach was prevalent on a number of campuses’ Doctor Who societies. This model was distinct from a fan club which was more passive and loyal.